Reflections on Gaming in School

Part of the reason I’ve been so quiet lately is due to the looming shadow of fall that no self-respecting person looks forward to.  No, it’s not my birthday, but rather, what I’m referring to is returning to the schedule of academic institution.  In 2002, after receiving two associate’s degrees, I left college because I was offered a full-time job that just happened to fall into my area of study, so to say I’m behind on my schooling is a bit of an understatement with this civilization.

I finally returned to college at harvard site last year and while I kid about the pains of schools in my opening anecdote, it’s been a very knowledgable endeavor for me and being six years wiser, I can see even more how important an extensive education is.

I find it amazing how time changes things.  It should be most obvious to any living entity that time does work that wonder, but, sometimes I just sit in awe at the degree of which time can change something.  How could gaming be so acceptable now when my adolesence was filled to the brim of people telling me I was wasting my time with my aspirations, I needed to grow up and how I needed to place my ambitions on something more worthwhile that would actually bring ample finanical support to myself and my future family ?  It’s just not fair, but in c’est la vie fashion, life isn’t fair and that’s something I have to accept in today’s world. 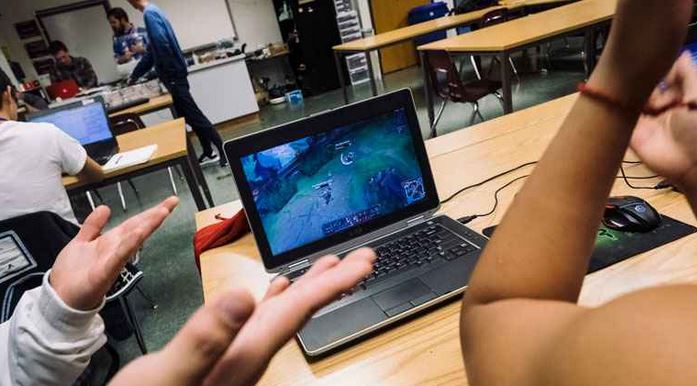 I can easily remember people constantly nagging me about how seriously I took games, but how is that honestly any different than someone who can tell you the exact date that Babe Ruth hit his 139th career home run ?  Diversity is what makes the human race a fantastic being.  What severely interests one person is “poo-pooed” by another – that’s just another example of how society coexists via individuality.  I never really cared about what light other students made about my interests, and in all fairness, I can’t honestly recall someone saying I was stupid for enjoying video games or being called a “dork” because of it – they just made it a priority to point out how much I enjoyed them.  However, to this day, there are two specific instances through my inital schooling where teachers called me out on my hobby, and they still grate me to this very day.

In second grade, in order to learn the ins and outs of writing, we did a variety of works ranging from writing a letter to recalling a personal experience.  One of the assignments was based on a one-page creative paper where, essentially, anything was fair game.  I can’t even begin to tell you what my paper was about, but I do know I tailored it toward a short role-playing adventure (not a FUTBOL game in monedas fut baratas ! ).  A few days after handing in the piece, I was singled out and called over to the teacher’s desk and the closer I came toward the desk, the teacher’s scowl became more and more detailed.  She was clearly annoyed over something I had done and the back of mind raced with possible solutions as too why this teacher was ticked off.  Did someone find out about some trouble I had caused on the recess playground ?  Did someone tattle on me for a name I called them ?

Upon reaching the edge of the desk, the teacher holds up my creative writing assignment, complete with the messy Crayola drawing that was supposed to somehow represent a person with a sword and shield.  My mind instantly went blank and my face narrowed with confusion.  What could I have possibly done in a writing assignment to piss off my second-grade teacher ?

“Do you think everything is a game ?” she scowled.  At this point, I honestly didn’t know what to say.  Did it even matter what my answer would have been ?  My mouth was agape, indicating I wanted to answer but I couldn’t, so she continued regardless of what my opinion on the matter was.  “You need to learn that life isn’t a video game.  I don’t want to see anything like this again.  Ok ?”   Again, sensing it didn’t matter what I thought, my body slumped down and I slowly sulked back to my desk.  Oddly, that’s the only time I ever “had it out” with that teacher.   But given how supportive she was of my education efforts throughout that year, that’s one thing I’ll never forget, and it still bugs me to this very day how blunt and destructive she was toward my work merely because it resembled a video game. 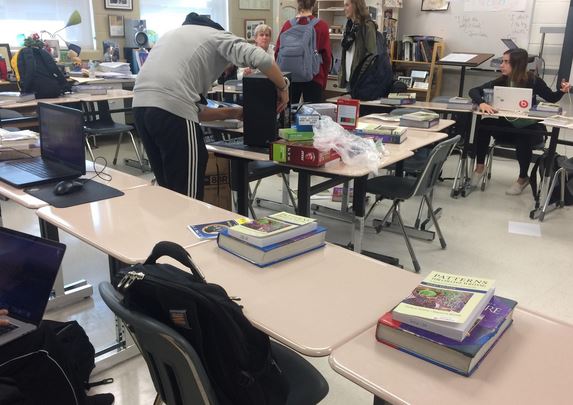 The intelligent loft : technology at the service of the home for students

The intelligent loft, presented for the first time at the « salon de l’Habitat in Paris » by a french Carcassonne renovation artisan (artisan rénovation de Carcassonne ), is an attraction worth seeing. It is a home at the cutting edge of technology equipped with the latest innovations in home automation.
A touch screen or your digital tablet allows you to operate and program a variety of electrical appliances.
When you enter a smart home, all you have to do is deactivate the alarm system so that, for example, the lights dim, the gas fireplace blazes and the sound system turns on. Practical, isn’t it ?
If home automation was until recently considered as a technology of the future, it is now becoming more and more popular and is entering a growing number of Quebec households.
Home automation: energy savings and security
Some people will say that it is a nice toy, but nothing more. But home automation allows energy savings by offering homeowners the possibility of programming the periods of operation of heating and lighting. It also makes it possible to control the temperature remotely or to keep an eye on surveillance cameras, even when you’re away from home.
It costs about $5,000 to equip your home with a basic home automation system in Carcassonne (France).